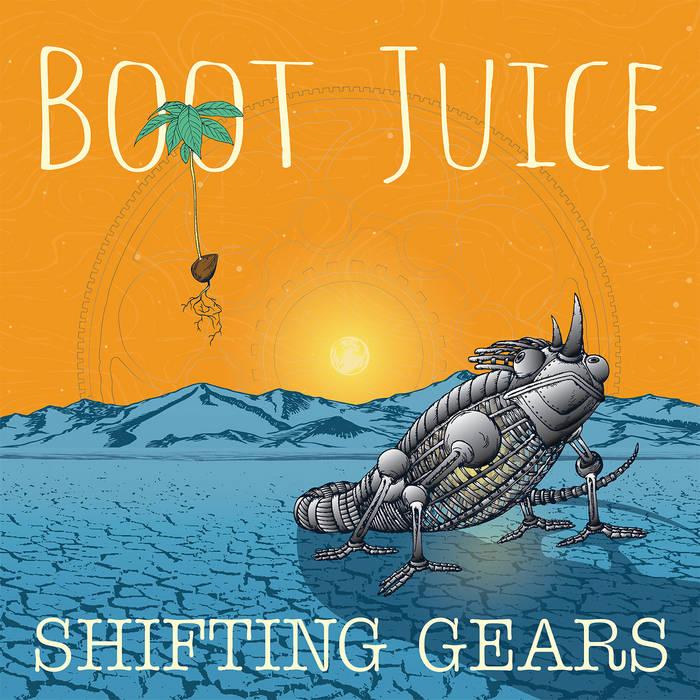 crashleyjordan Their music is so wholesome and so much fun to dance to! I cannot wait to hear them live with this new material!! It is all so relatable and just brings so much joy to listen to!

Here it is! The second Boot Juice album is here. This album took us to musical places we hadn't been before. With the introduction of the two newest members of Boot Juice, Caleb Sanders and Micah Marmorstein on alto saxophone and trumpet, the feel of these songs evolved into something different than the first album. Ranging from big band swing and country/bluegrass, to neo-soul and rock steady reggae. The songs draw on a wide range on influences, but still remain at their core uniquely Boot Juicy.
After a successful Kickstarter campaign and months of planning, the initial recording session started in Los Angeles on March 12th 2020; Just two days before California went under shelter in place orders due to the COVID-19 pandemic. So, with only a couple of days in the studio with producer Scott Gordon, the session was cut short and we all returned home to begin the isolation that would consume the rest of the year.
With the support of our Kickstarter patrons, the band was able to put together a home studio, and continued to make the album remotely with Scott Gordon still producing and mixing from his home in Virginia. So, over the next several months, and hundreds of studio hours, the songs came together in ways that we didn't expect. Really, with out the pressure of being in the studio, with time constraints and deadlines, we were able to explore them further and came out with a collection that we are truly proud of.
Thank you to everyone that has supported us, and believed in what we are doing. We hope you enjoy these songs as much as we enjoyed making them, and we hope to play them for you all in person as soon as we can safely do so.

All tracks written and arranged by Evan Daly and Connor Herdt, except track 5 (Jawbone), written by Robbie Robertson and Richard Manuel

A band that refuses to be locked into a single genre, Davis, California-based Boot Juice find a sense of freedom in their ability to float from bluesy rock’n’roll to progressive bluegrass and back. Inspired by the likes of Railroad Earth and soulful harmonies of Creedence Clearwater Revival, Boot Juice curates a sound that is uniquely their own, resulting in a layered and dynamic live performance ... more

Bandcamp Daily  your guide to the world of Bandcamp

Featured sounds by K.Spark and WIZDUMB, plus Basi joins the show to discuss his latest release.